One of the biggest benefits of European health care is that the basic services are free. You won’t have to pay anything out of pocket and you can get health care when you need it. You never know when you are going to get sick and the last thing you want to have to worry about is how you are going to pay for your care.

While you might have to wait a while to get care you will eventually get the care you need and you won’t have to pay anything. This gives you freedom and peace of mind because you don’t have to deal with worrying about going bankrupt because you can’t pay your medical bills. 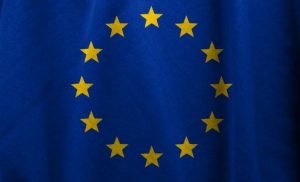 Having access to basic care makes life easier and you feel so much better when you don’t have to deal with medical bills. Medical care should be a basic right and it is better for the citizens when they know they have their health care costs covered.

Some people choose to take out additional coverage for specialists or for things that are not covered. They also choose to take out extra insurance so they can see the doctor faster or see a doctor that isn’t part of the national health care system.

There are more options in Europe and people generally have a favourable opinion of their health system. It is funded through taxes and people in Europe do have to pay higher taxes than people in the United States. You can easily find what you need. Living in Europe makes getting care easier and it takes away some of the stress that you have to deal with when you don’t know if you can get care or you end up having to pay a lot of money for care.

The European model has a lot of praise and it also has a lot of criticism. The best thing about it is that you do have access to care when you need it. Every citizen gets a national health care system card and number that they present when they need care. The number stays with each citizen through life.

People in Europe don’t have to pay for their health care and this relieves so much stress. The European health care model is seen as beneficial and it is something that helps everyone. When you need health care it is important that you are able to get it without having to worry about how you are going to be paying for it.

America is a capitalist society. Money is the main factor and those who can’t compete pay the price. Everything has a price tag in the United States and citizens are expected to provide for themselves without any help from the government. This contributes to a lot of inequality and problems and inequality in this society.

Poor people and homeless people don’t get the medical care they need and this endangers the rest of the population, especially when it comes to the homeless population. Middle-class people have terrible health care options where they have to pay a huge deductible. The deductible that they have to pay is often so large that people just go without seeing the doctor and end up dying of things that they wouldn’t need to die from. 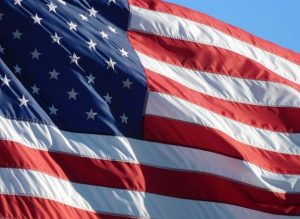 Medical bills are the top reason that people in the United States declare bankruptcy and end up losing everything they have worked so hard to get. There is no relief system for health care in the United States. Only the very rich can afford the best care and everyone else is basically on their own. You are stuck on your own if you get sick so it is very important to take care of your health if you live in the United States.

Getting sick in America can mean losing everything and becoming homeless so it is something that you want to avoid. You have to be very careful to ensure that nothing goes wrong when you are in America. Many politicians are working on health care reform so that citizens are protected. The Affordable Care Act was a good start but it didn’t really go far enough.

Hopefully, the United States will adopt a health care model that is fairer and that actually protects people so they can deal with their health issues without losing everything. No one wants to lose everything they have worked for but this can happen in the United States just because you get sick.